Printing and photocopy facility is available in the computer lab. However, the members have to pay nominal charges to avail these services.…

A separate room is reserved for the members who are willing to appear in Central Superior Services, Provincial Management Services or other…

Near the main entrance of the library there is a cafeteria. The cafeteria serves the members as well as the library staff on demand. The members…

Iqbal Hall with a capacity of 150 seats is available on rent for conducting various functions in the library. However, those programs, lectures,…

Members can request for Kindle Device available at computer section for the study of books in soft form. The mentioned device contains about 5,000…

Request for a Book

Members can request for books if it is not available in the library. They just need to get a form from acquisition section and submit the duly…

Quaid-e-Azam Library is spending a lot of money on maintaining a huge collection of newspapers for its members and readers.

Quaid-e-Azam Library provides the best environment to sit and study. To attain this comfort, arrangements  have been made for uninterrupted power…

Library preserves two newspapers, Dawn since 2003 and Nation since 1992 in bounded volumes.

A database is maintained on 150 hot issues. All articles on the topics which published in the newspapers are incorporated in this database. A soft… 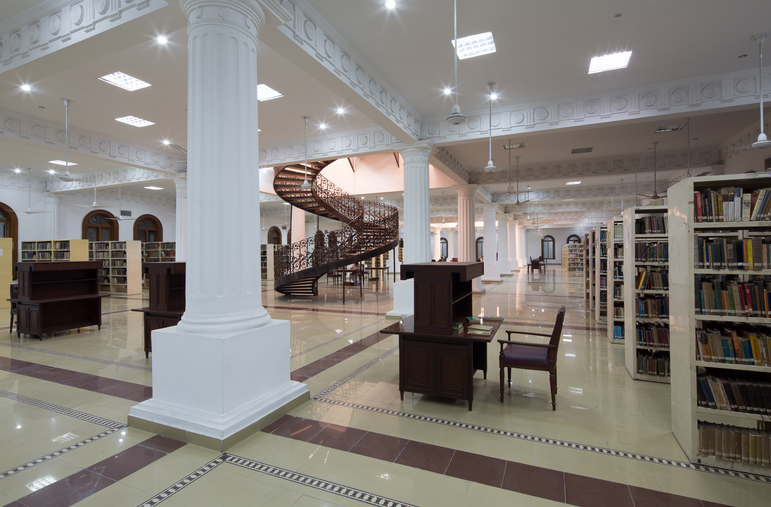 This section of the library is named after Sir Syed Ahmad Khan which contains all the English collections on different subjects along with Biographies and reports have also been placed here.